The Duke is a fun take on chess with more randomness thrown in to balance the difficulty. It is an addicting and quick two-player experience with amazing components.

Our store has a neat gimmick that it instituted last year: the d20 shelf. The concept here is that you buy one of the items on the shelf, and you’ll get to roll a d20 before making your purchase. Whatever number comes up is your discount for the entire purchase, even stuff not on the shelf.

So it helps them move some of the games that do not look as interesting at first glance. That’s how we came to buy The Duke, and I have to say I am happy with how that turned out! The Duke is a really fun take on Chess, and that comes from someone who is not a big fan of playing Chess. I just don’t have the right skillset for it and never practiced.

So what are my thoughts on The Duke? 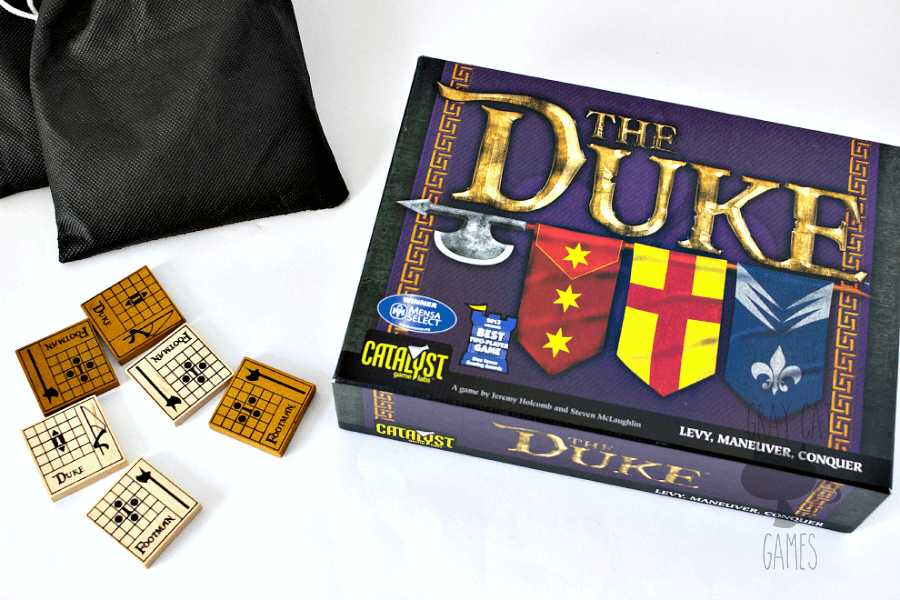 The Duke Board Game

The Duke comes in a relatively small box that is easy to store or stow for your game day. It’s definitely not a hard one to keep on your shelf.

The Duke comes with quite a few tiles, but they are not really “bits,” I’d say. They are quite substantial, and I don’t see us losing any of the pieces any time soon. 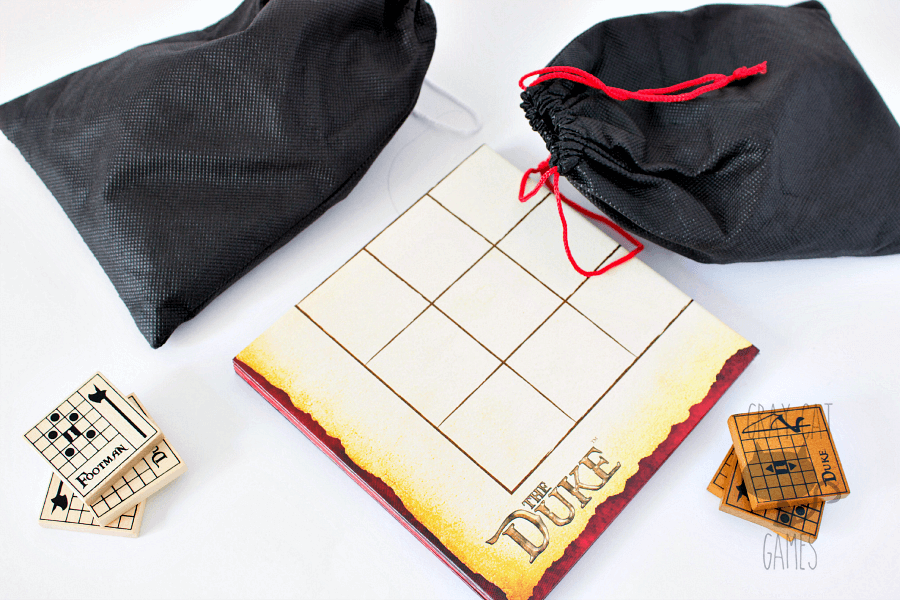 The Duke comes with a cardboard game board that is smaller than a standard checker or chess board. It also comes with the aforementioned wooden tiles that are used to play the game. These are thick, chunky wooden pieces of nirvana that feel awesome in your hands. The bags they are stored in are nothing special, almost like a scratchy burlap. 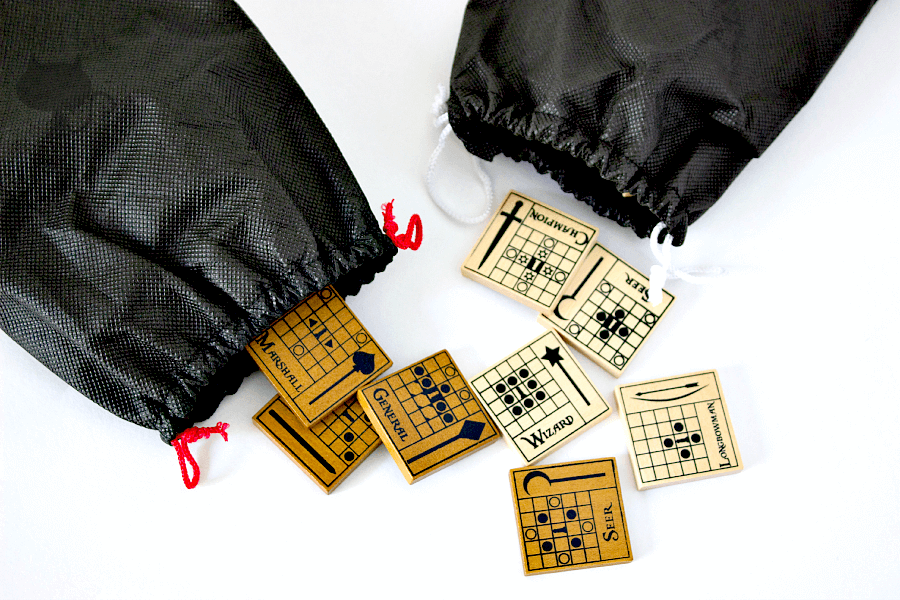 Furthermore, instead of the typical coloration of pieces (eg, black and white), the different players are represented by different wood stain. This is a very warm and attractive, contributing the inviting feel of the components.

The playing pieces are stored in bags, one for each player.

There is no artwork to speak of, but the player tiles are amazing. This is a game I’m proud to own because the pieces are just so freaking classy.

The Duke starts out the same way each game. Wooden tiles are placed on a checkerboard, and you lead troops to battle to attempt to capture your opponent’s duke. Each piece has the necessary information you need for its moves (eg, whether they can move one space forward or make a long slide). So in this way The Duke plays out like Chess where each piece tells you what it does. 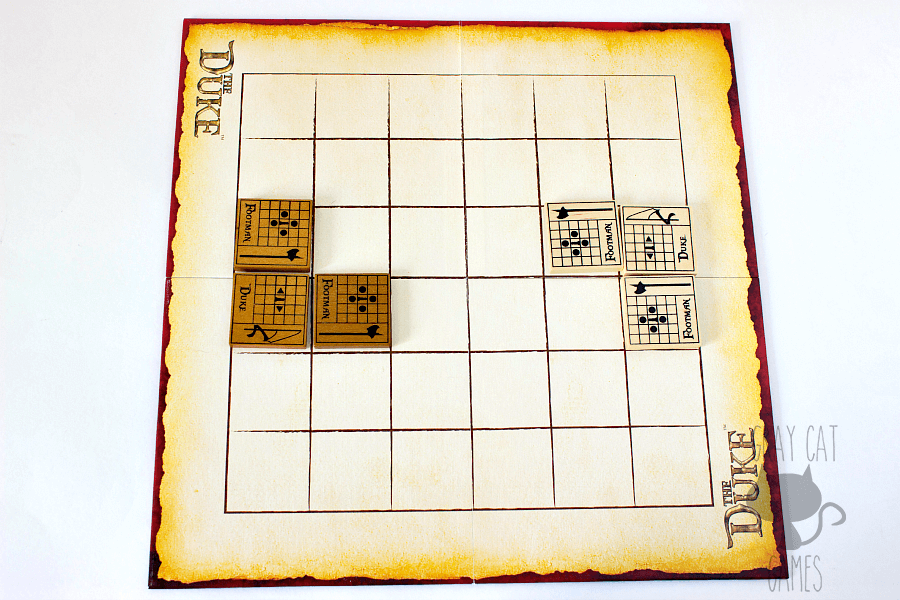 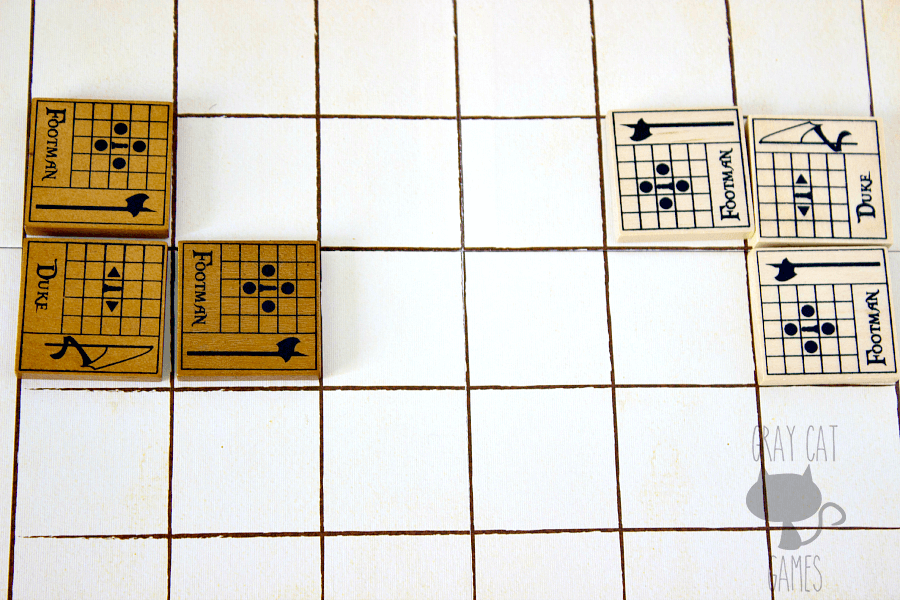 Where this gets changed up a lot is in the flipping mechanic. After you use a piece, it flips over to its alternate side, where its move set is different. A lot of times, these are very thematic. For example, the longbowman starts out very weak, only able to move basically like a pawn. But when it does, it gains a deadly long-range attack. And that mimics a bowman in the middle ages setting up then taking a shot. It’s an awesome mechanic. 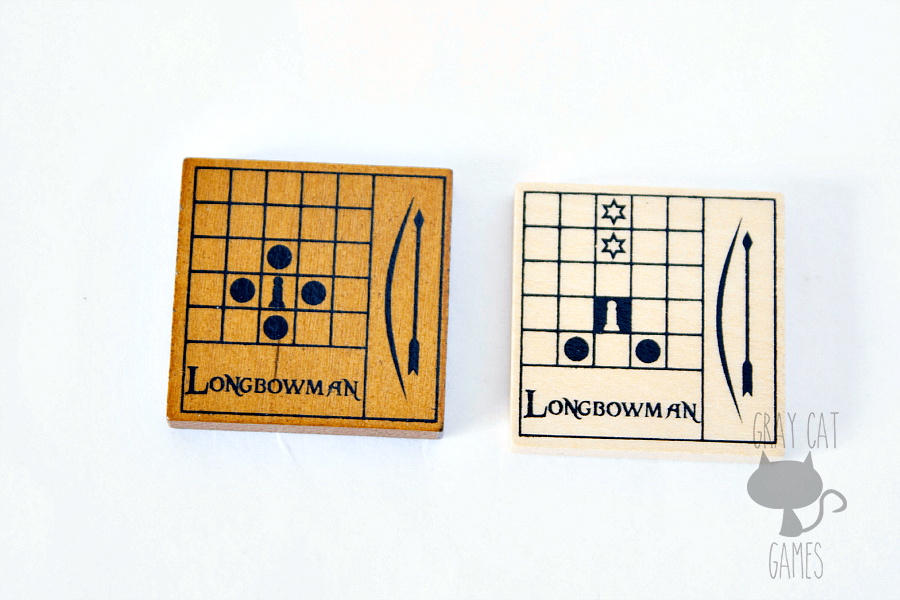 The other key difference from the gameplay of Chess is the ability to get new pieces. Instead of taking a move with one of your pieces, you can draw a new tile from the bag and place it next to your duke. This creates a sense of randomness that makes it impossible to predict your opponent’s next move.

Is the game fiddly (is there a lot of manipulating pieces/math that slows the game down)?

There is no math involved, and setup of the game is very easy. Just lay out the board, place the duke and two footmen down. You’re ready to go.

What can slow this game down, though, is what some gamers perceive as complexity in the moves available to them. New players might be a little confused in visualizing how the pieces can move, and since they don’t know what’s in the mystery bag of tiles, they might not know how to proceed.

The departures from Chess make The Duke a lot of fun for me. You no longer start out with the same army every game. Your pieces have different move sets, allowing for more interesting strategies to develop. The ability to pull tiles from the bag makes it easier for players to catch up if they make a mistake. 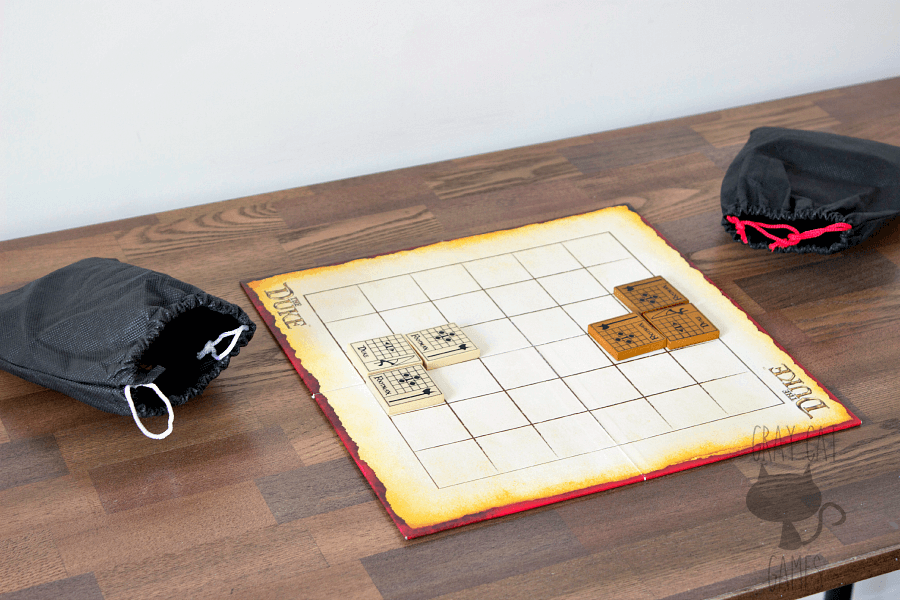 I also found that The Duke moves a whole lot faster than Chess, in general. Therefore, a playthrough might take Chelsey and me 10 or 15 minutes to play. It’s often a little easier to win when it’s clear you’ve dominated the board. I cannot say the same for Chess!

You bet. If there is someone asking to play The Duke, I’d be happy to go to war!

If I’m playing with someone who likes to move as quickly as me, I usually like to play 2 out of 3. One game of The Duke is usually not quite enough to whet my appetite. If challenged, I’ll play many times!

I got this game for MSRP at $40, less the discount I got from the d20 shelf. You can find it for $35 on Amazon right now. This sounds steep when you see the size of the box, but I feel the quality of the components makes the purchase well worth it!

The Duke gives a poor first impression while it’s sitting on the shelf. The front of the box looks dull. The back of the box is plain and doesn’t offer much insight into the game. The price is often hefty for what it looks like you are getting. But looks are deceiving with The Duke! It’s a compelling, quick, beautiful 2-player game that is also a lot of fun.

The base game also comes with a few really neat-looking variants like the dragon and the mountain. We have not gotten to try these yet, but I would like to make them the focus of future write-ups about The Duke.

Obviously anyone who has a passing interest in Chess I think would get a kick out of this. Really, anyone into light wargaming strategy would enjoy The Duke. 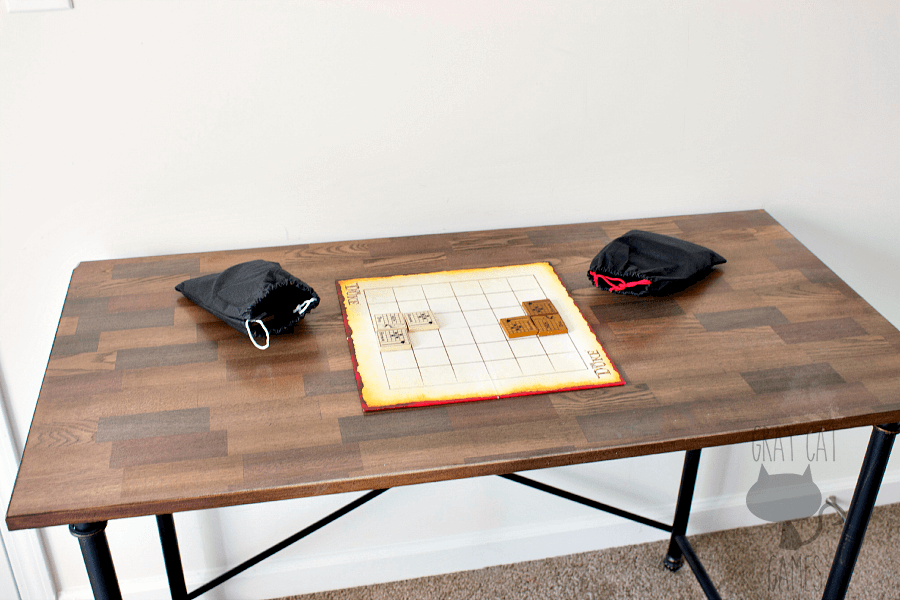 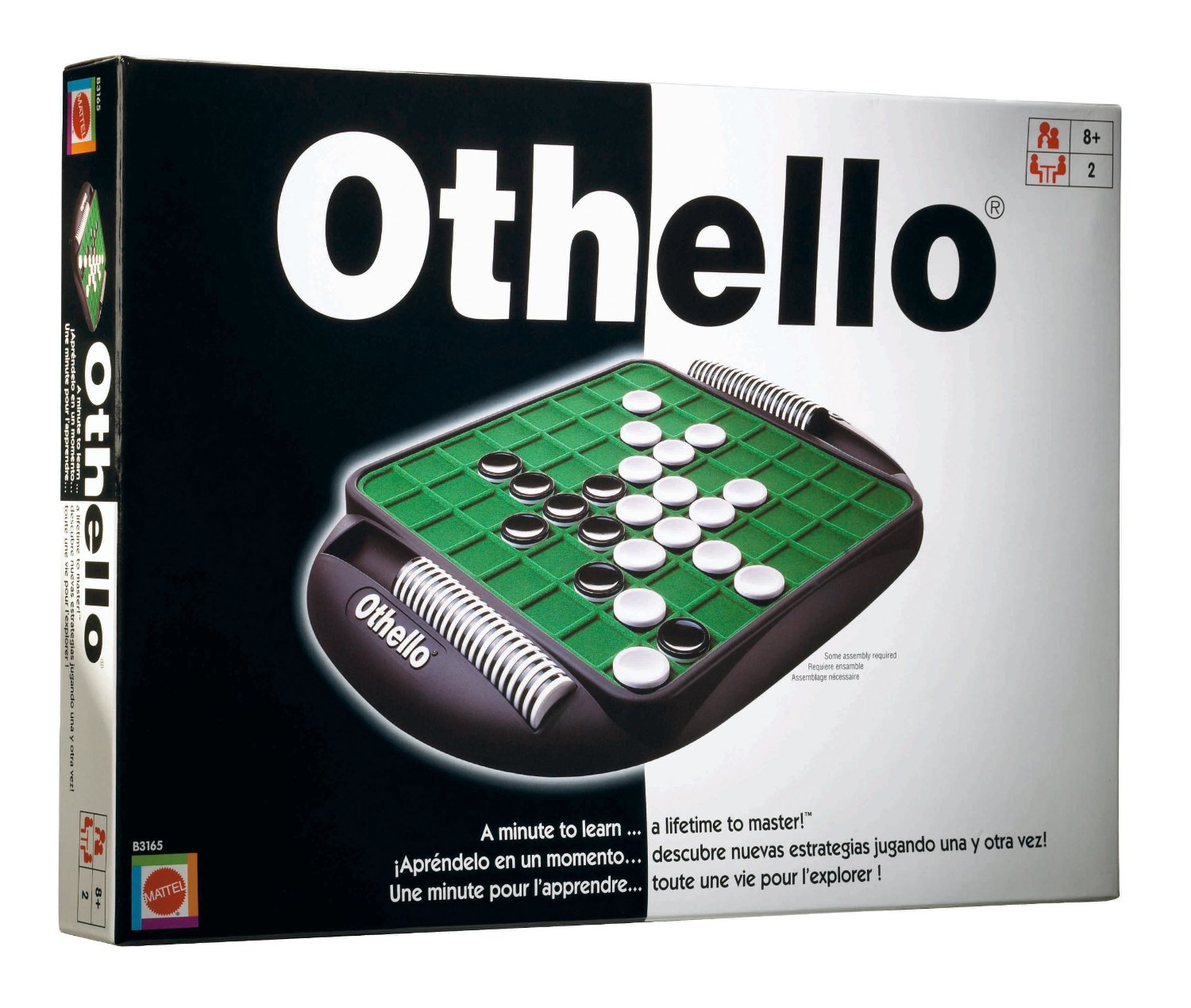 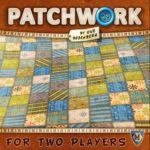 Great review! I haven’t heard of this board game. Thanks for sharing with us at #AnythingGoes

I hadn’t heard of it until last year, either! And its box looks so…”Don’t buy me!” I’m glad I took the leap, because it’s been a lot of fun.

Another great review, Zach! Board games seem to be making a comeback among my friends. This looks like another winner. Thanks for sharing your review at the #Anything Goes Link Party.

I appreciate the comment! If you’re like me and kind of like chess but not really, then the variety and dynamic play of The Duke will really suit your needs. It’s the luck element that makes it more interesting to me