Love Letter is a tiny card game with some light bluffing mechanics. It plays very quickly with 4 players and is great to fill time in while waiting for others to arrive, or while waiting for your dinner at a restaurant.

I really like a good filler game. I take a bag of them to every game day I attend. The best filler games are short, tiny, and play very quickly. Love Letter might just be the ultimate game in this style. What’s so great about it? 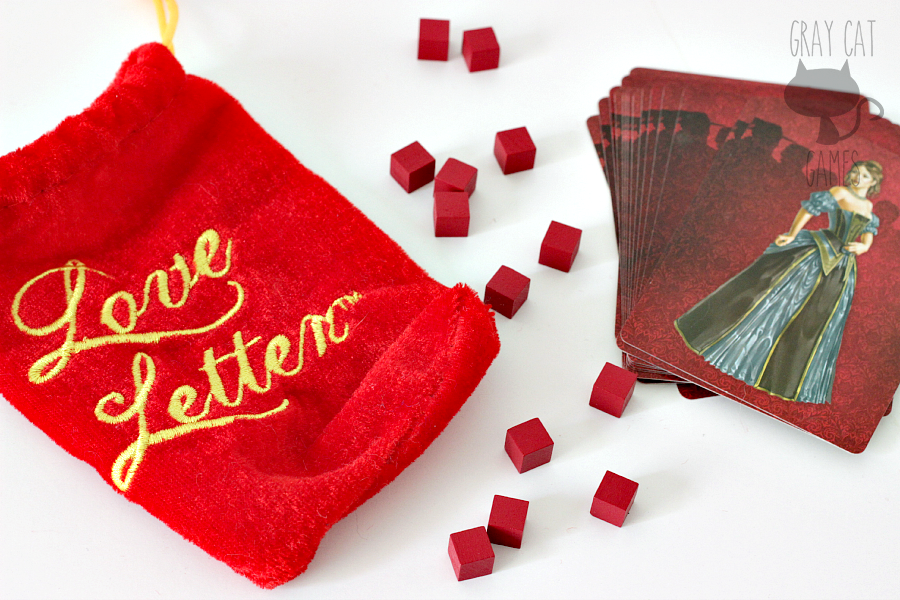 Love Letter takes up about as little space as you’ll find. It’s a small pouch; there’s no excuse because of space for this one.

No, love letter comes with a small deck of cards and a few cubes to keep score. Everything fits in a pouch that will go easily in decent-sized pockets.

There are many different versions of Love Letter out there. One of the most recent is the Batman variant, which adds a few rule changes. We’ve only seen the original version, with pretty artwork and beautiful little red cubes. The pouch is a really nice touch, as well. 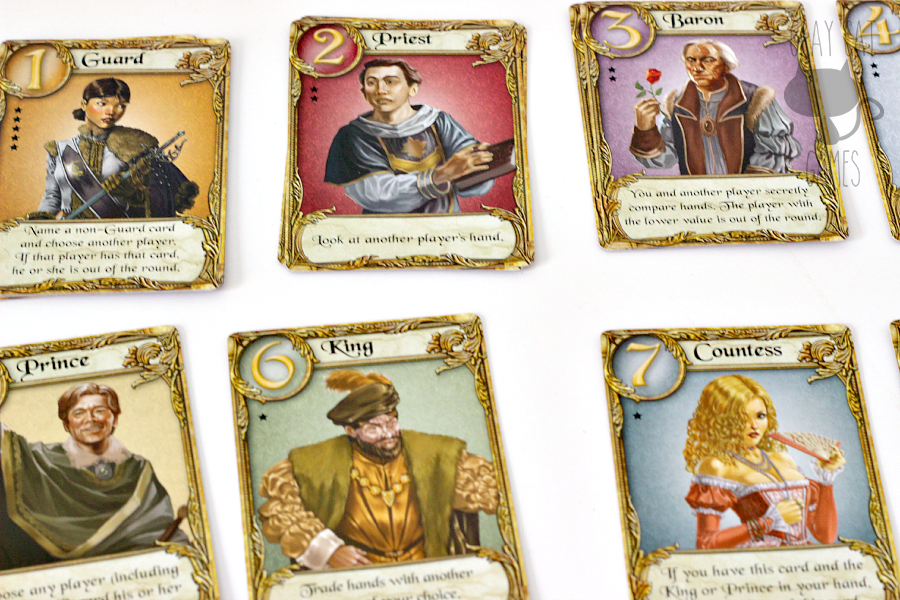 In Love Letter, players will have a hand of one card. They take turns drawing a card off the deck, and you choose one card to keep and one card to discard, completing the instructions on the card. Many cards will have a small effect, like the priest’s “look at another player’s hand.” You can win the game one of two ways: 1) Be the last person standing. Several cards allow you to eliminate people (for example, the guard lets you name a card and a player; if that player has the card in his or her hand, he or she is eliminated), which means people will drop like flies. 2) Everyone who survives until the end (when all the cards have run out) reveals their card; the highest number wins. The princess takes the cake here, if you can survive until the end with her. She has the highest number out of the whole deck. 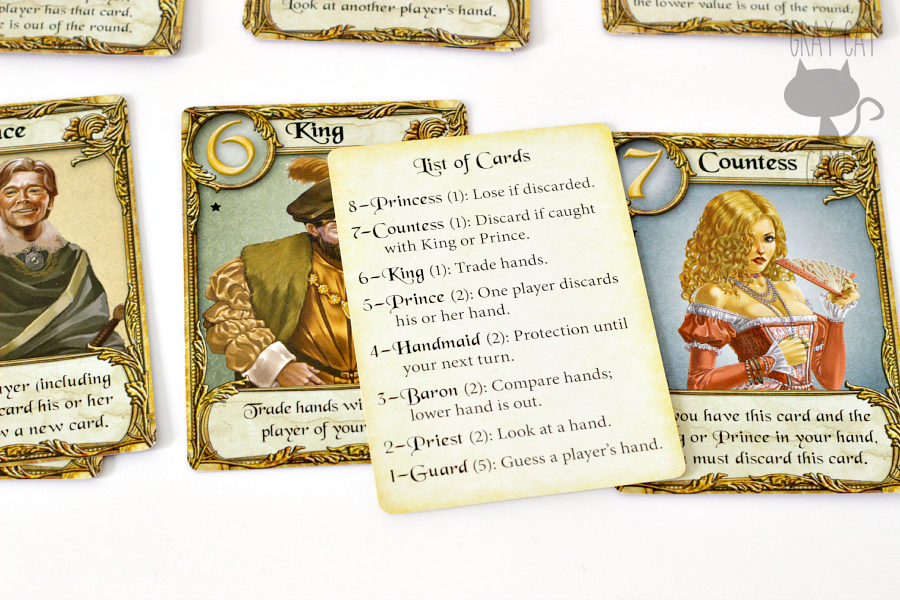 No. You don’t manipulate any pieces other than playing and discarding cards.

Love Letter sounds kind of dumb when you hear the rules. Draw a card. Play a card. Yawn…

But really there’s a little more going on here. If you pay attention, you can deduce the card that someone is holding in their hand, and then you can use things like the guard to try and eliminate people. It’s not a particularly deep game, but it’s so quick that you won’t mind it. The fast and furious nature of the gameplay makes it a lot of fun!

Love Letter plays from 2 to 4 players.

I think this is best with 4. Three players can work pretty well, but there’s not as much chaos. I like the backstabbing, chaotic nature of this game. Playing Love Letter with 4 players makes the mechanics shine. With 2 players, I figure it would devolve into a luck fest. With 4 players, luck can be tempered by multiple people with their own grudges from previous rounds.

Yes, I would play some Love Letter!

This is a game you don’t just play once. You have to get multiple rounds out of Love Letter to make a complete game, so I usually end up playing about 5 times or so if I play at all. Each round lasts only a few minutes, though, so it doesn’t eat up much time, as any good filler should! 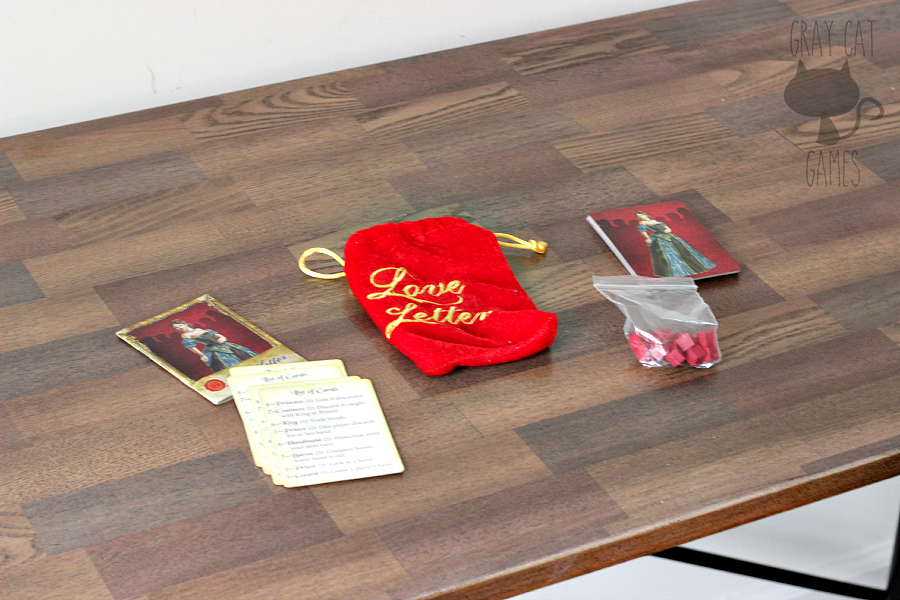 The cheapest version of Love Letter I can find is the original AEG set for $7 on Amazon. Of course, this is one of AEG’s flagship franchises, and they’ve reproduced it in so many varieties. Batman, Munchkin, The Hobbit…a seemingly endless variety of different versions exist. None of them is particularly expensive.

As I mentioned above, Love Letter might just be the ultimate filler game. I can’t think of a better game to kill time at a restaurant or between games while waiting for other people. It’s so, so very portable too. I can’t overstate that enough. There’s almost no excuse not to take Love Letter with you anywhere you go.

Anyone who enjoys a quick, simple game will like Love Letter. I can imagine the hardcore gamers out there poo-pooing it as too casual, but it fits my tastes very well for what it is. 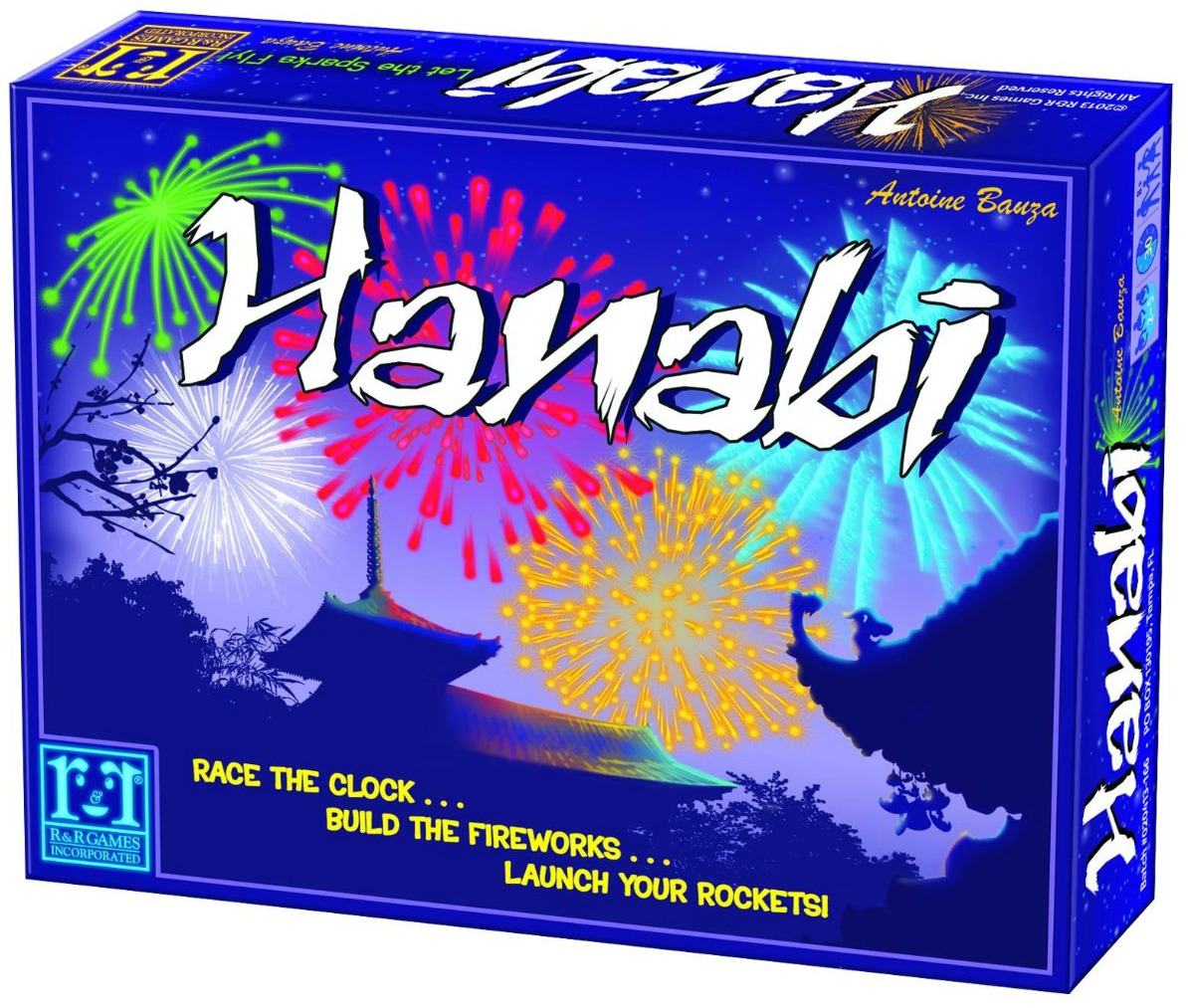