Need a short game to help pass the time? Here are 6 great filler games worth buying, and why you should add more fillers games to your collection.

I really like filler games. These are the board games that get pulled out while you’re waiting for dinner at a restaurant or waiting on the rest of the gaming group to arrive.

It really sucks to wait around for people, because you just KNOW that when you start that 2-hour game, that’s when everyone will come through the door, wanting to join in. It breaks the flow.

Enter the filler game. We have a bag full of these that I take to every game group we attend. What’s so great about them? Let’s see…. 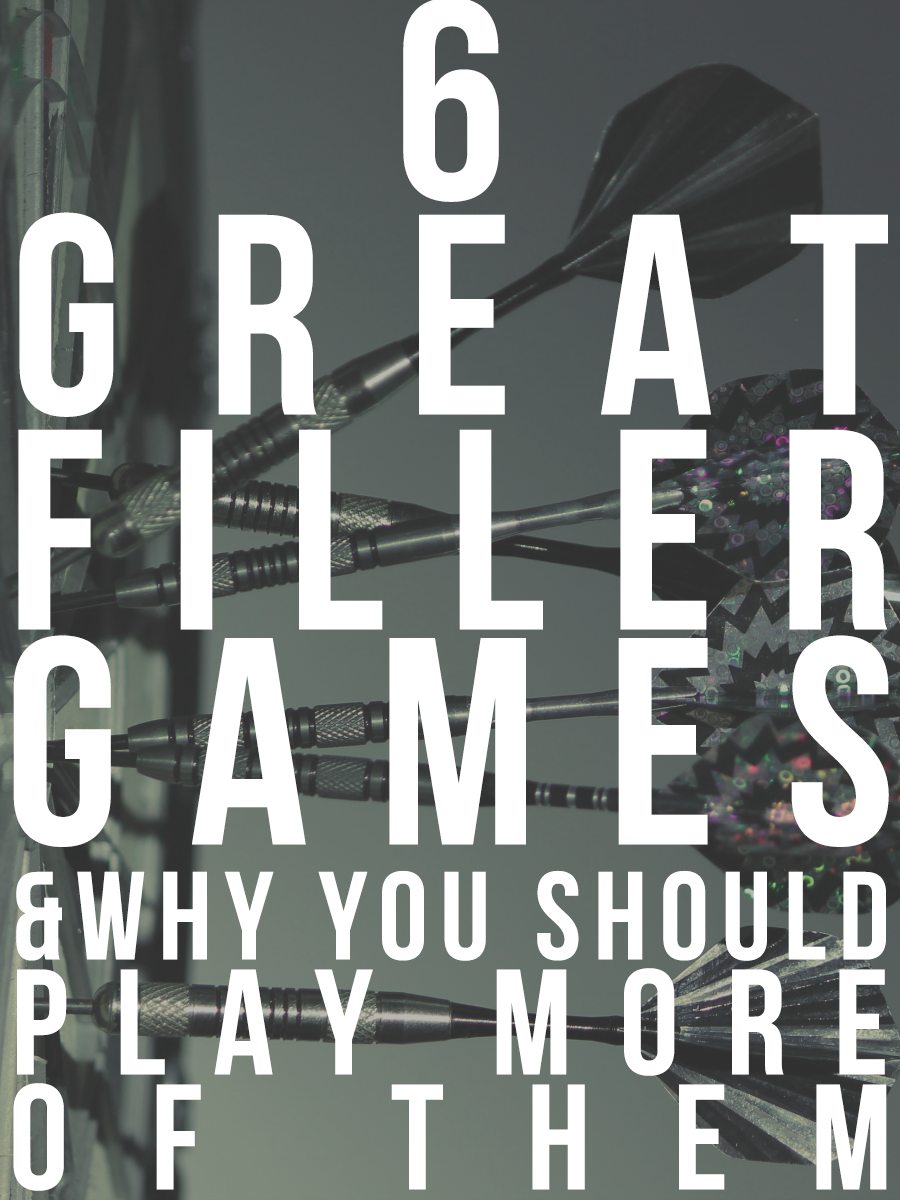 Why You Should Play More Filler Games

A good filler game usually costs on the order of $10-$20 This means that it’s very easy to acquire quite a few of them for more options.

2. Filler games are quick to play

Perhaps the greatest strength of the filler game is its play time. Often, fillers take about 10 or 15 minutes to play, depending on how many people you have. So if you arrive to your game group early or just want to kill a few moments with your friends or family, filler games will kill time in small increments.

3. Filler games are easy to teach

Many of the filler games that we play can be taught with a short explanation of the goal and then just diving in so players can see. This ease of teaching makes the barrier to entry low for filler games, which helps contribute to the easy and fast play.

For the most part, filler games tend to have light rules, which means they’re not so deep. You’re not going to find any Love Letter masterminds out there. You just play to have fun. Some filler games depend a lot on luck, so if they went on too long, then design flaws would start to show through. However, craziness and poor game balance don’t matter so much when they only take up 5 or 10 minutes of your life.

The best filler games come in small boxes or pouches. You take these into a restaurant and pull them out while waiting for your food. There’s no excuse to leave these at home! This helps you get more bang for your buck. If you have more opportunities to play a board game, then it stands to reason that you’ll play it more often. Few games stretch your gaming budget as far as filler games can.

So, ultimately, a great filler game scratches three itches: it’s inexpensive, it’s portable, and it kills a few minutes like nobody’s business. Like I said, I have quite a few games that I use as filler. Here are a few of my favorites, along with a few words about what makes each an amazing filler game. 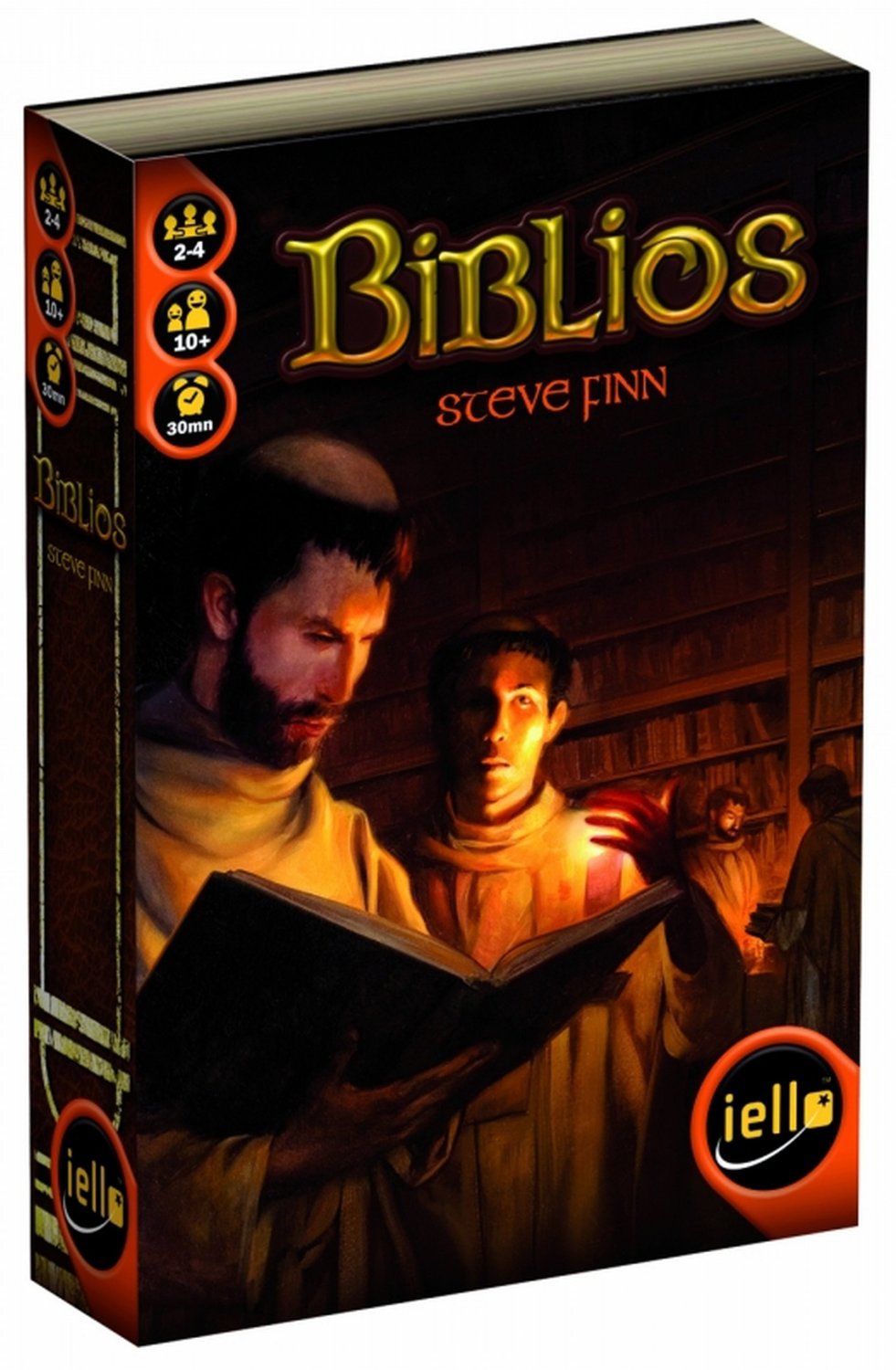 This is a card game where you play as medieval monks deciding which books get preserved. It has very simple mechanics and a fun auctioning system. For such a simple card game, the price can be a bit high (I paid $25 for mine, which is close to how much it sells for one Amazon). The box it comes in is small enough, and you could even get rid of it and save space if you really wanted to (I wouldn’t; it’s a really cool box). It plays up to 4 in about 10 or 15 minutes, and it’s a concentrated blast of fun. 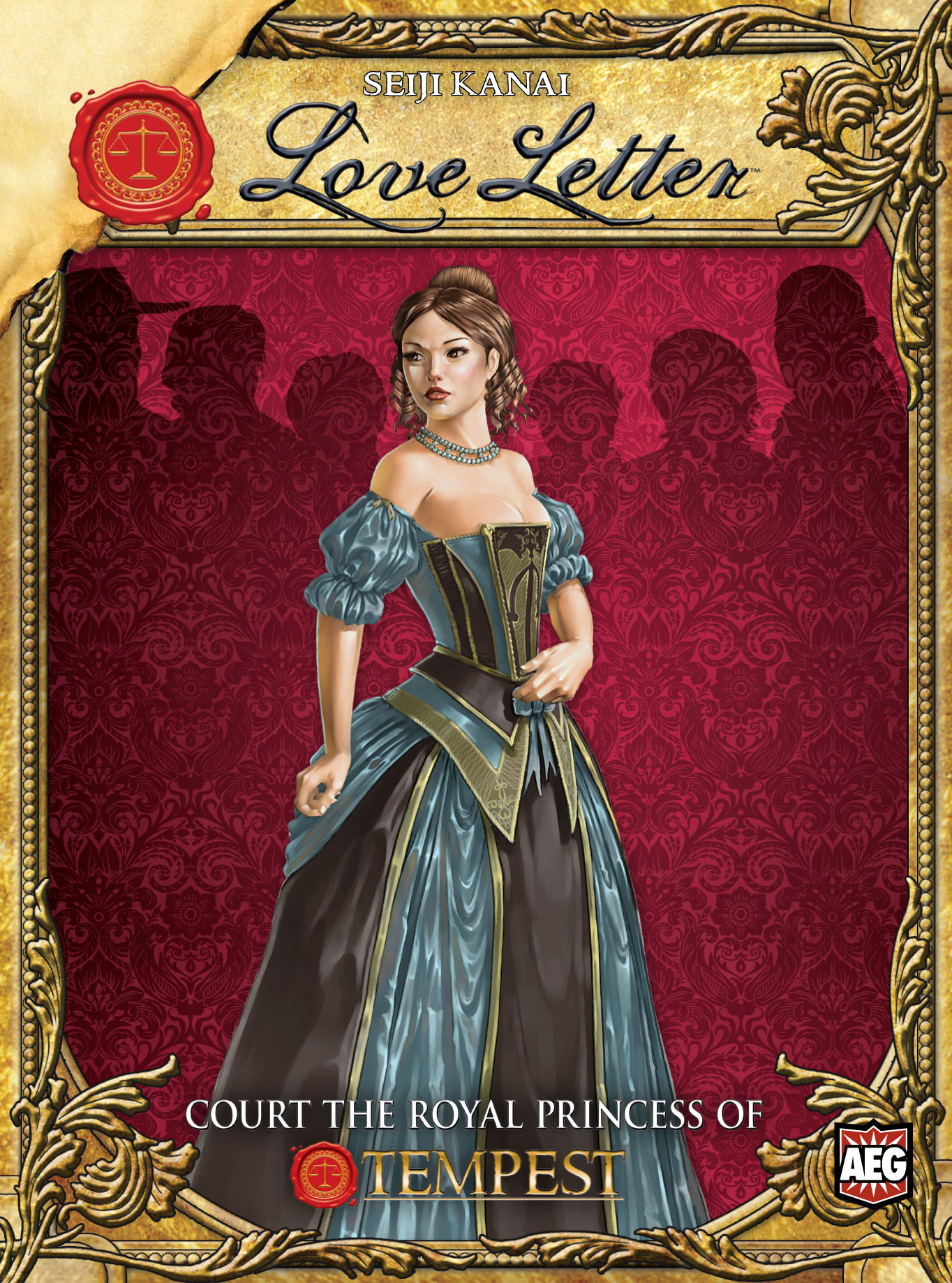 Love Letter is a big contender for ultimate filler game. You can get a version of it for about $7 on Amazon, so it’s cheaper than almost any other game worth playing. It plays one round in about 5 minutes. It doesn’t have a bunch of components to fiddle with. And the entire game fits in a pouch that can easily slide into your pocket. It’s not particularly deep, but it is a fun microgame that I cherish. 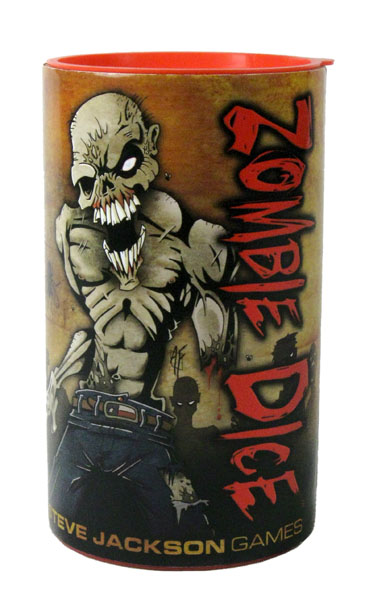 Zombie Dice is a “push-your-luck” style game where you’re trying to get as many brains as possible without getting shot. You roll dice and then decide if you want to roll more dice. It’s loud, it’s fast, and it’s intense because of the dice drama. It is heavily luck based, of course, but we’re talking 10 minutes at the most. You can get it for about $10 on Amazon, so it’s a great, inexpensive option that is phenomenally easy to teach (Rules: Get brains. Don’t get shot.) 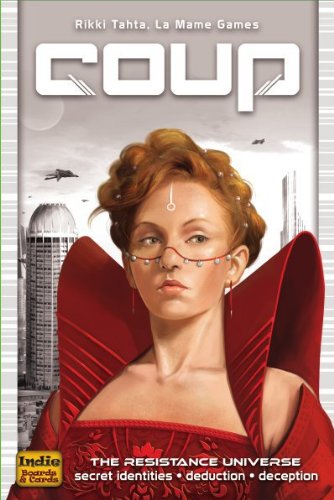 Oh man, Coup! I love this game as a filler because it is a fast, furious bluff-fest. Games with bluffing have so much potential to be mean and funny, and Coup does not disappoint. It’s less portable than love letter, since it comes in a box that won’t fit in your pocket (though it would do fine in a purse!). It’s also quite cheap with nice components, around $13 on Amazon at the time of writing. It’s also quite a bit deeper than Love Letter. Your strategy and mind games can serve you a lot better here, and it’s still a very quick experience. The only downside with Coup is that it can be a bit tougher to teach. On your turn, you have quite a few actions you may take, and some players find this overwhelming at first.

Read our review of Coup. 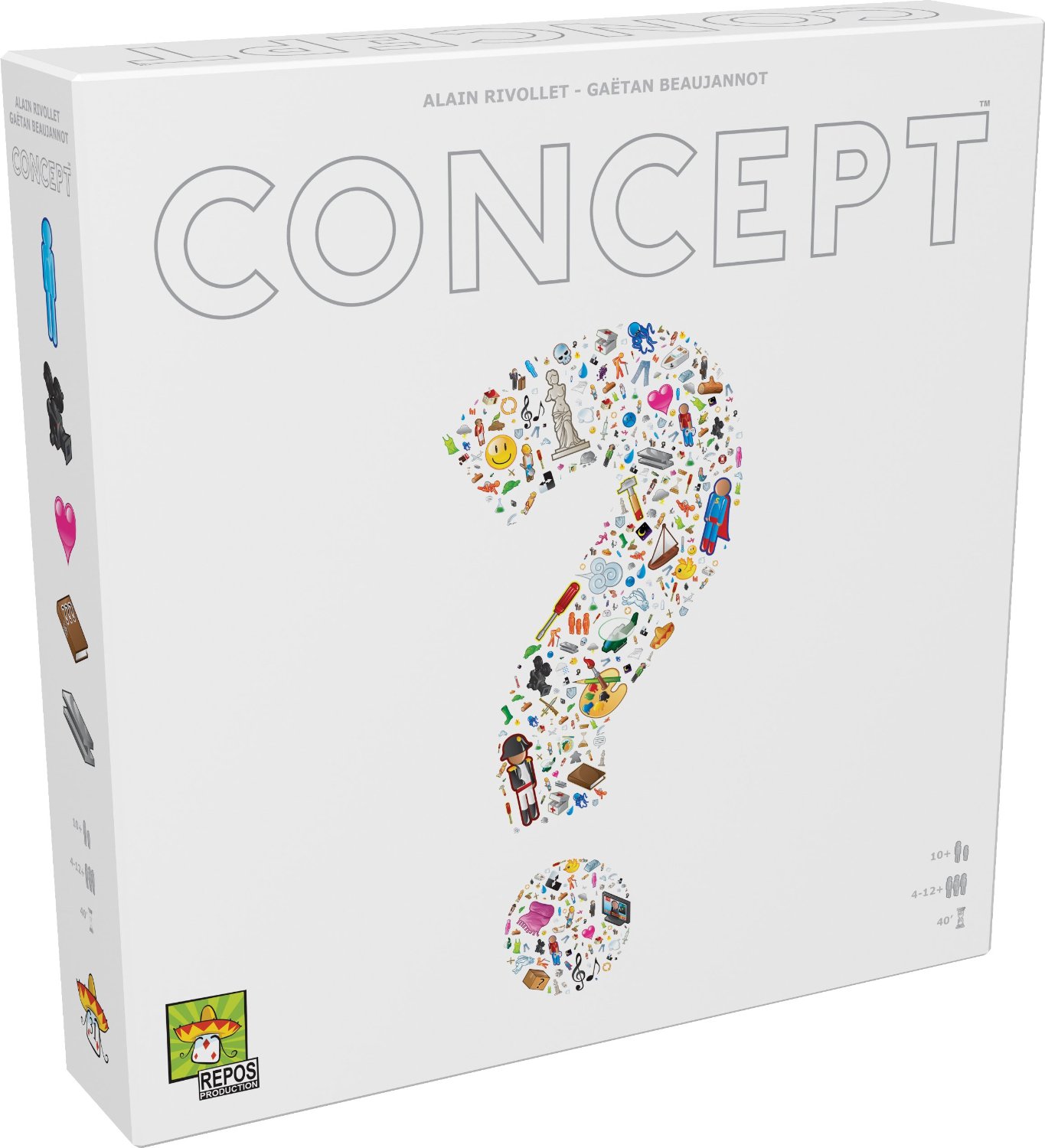 Concept breaks several of my rules for a great filler game. It’s not as cheap as the others. It’s not as portable as the others. But it kills time so well. Anybody can dive in and out of the game when they see fit, and you can play without any specific goal in mind. The beauty is that you can also turn it into a chunkier game by adding scoring and teams and other rules. This makes it a highly flexible game that almost everyone seems to like, in my experience.

Read our review of Concept. 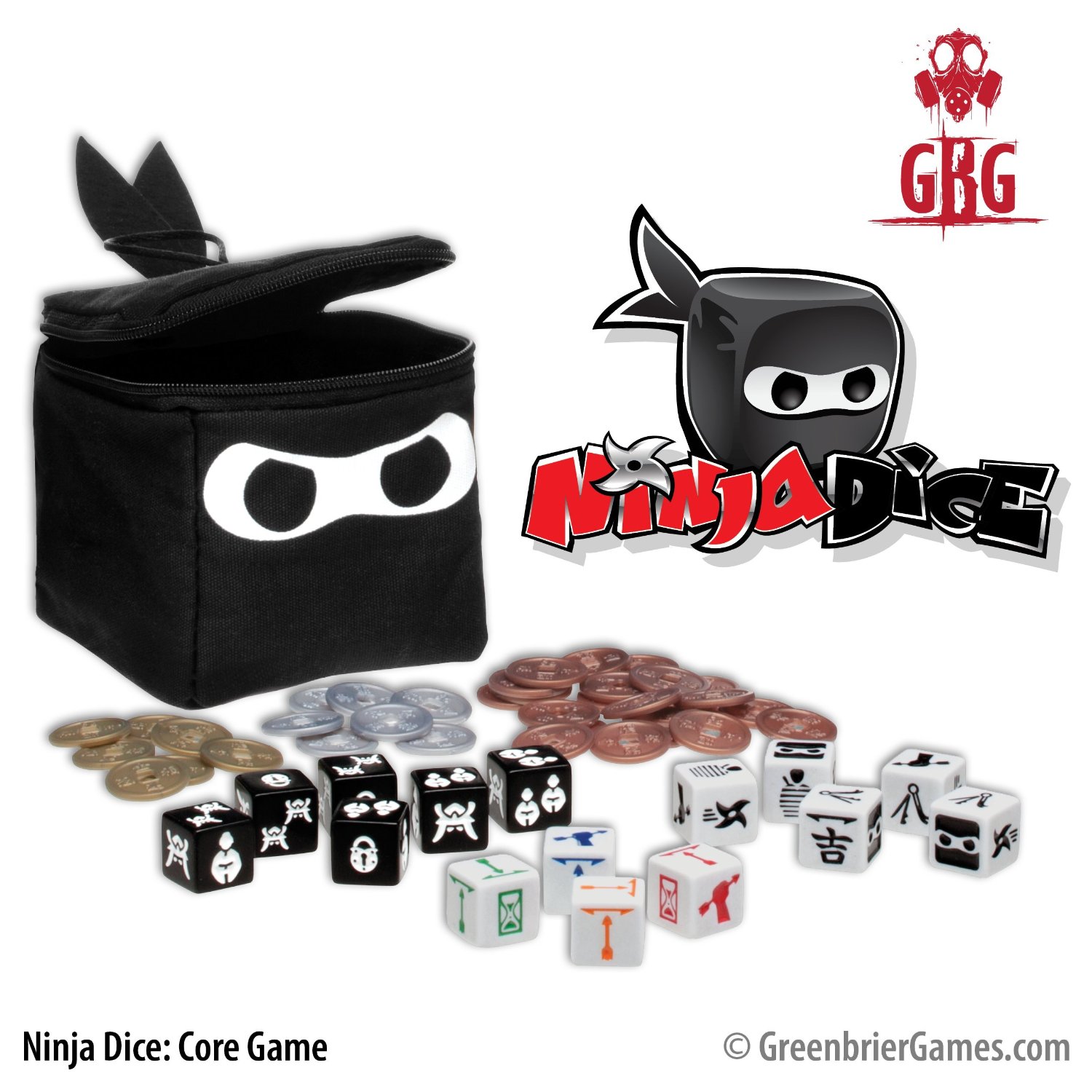 This game is similar in a lot of ways to Zombie Dice, which cooler packaging. It comes in a soft, cubic bag with these awesome dice and plastic coins. It’s similar in principle to Zombie Dice: you roll dice and then decide if you want to press your luck. What makes it different, however, is that the goals shift and get harder as the game goes on. In one round, you might be trying to sneak past a bunch of guards. Next round, you might need to pick more locks. All the while, the other players are trying to steal coins and shoot you (and each other) with arrows. It’s a really neat take on dice rolling, and it’s inexpensive and portable.

Overall, filler games are a fun way to kill time before the main event. You can grab a small group and dive in to some dice rolling, bluffing, and general craziness in a small period of time. More often than not, I’ve found people asking to immediately play again, so if round 1 doesn’t go well, there’s always another shot. This style of game should make up a good chunk of your collection as a way to fill all the necessary cracks for your game day or night.

Do you have any favorite filler games? Any you’d like to see us review? Let us know in the comments! 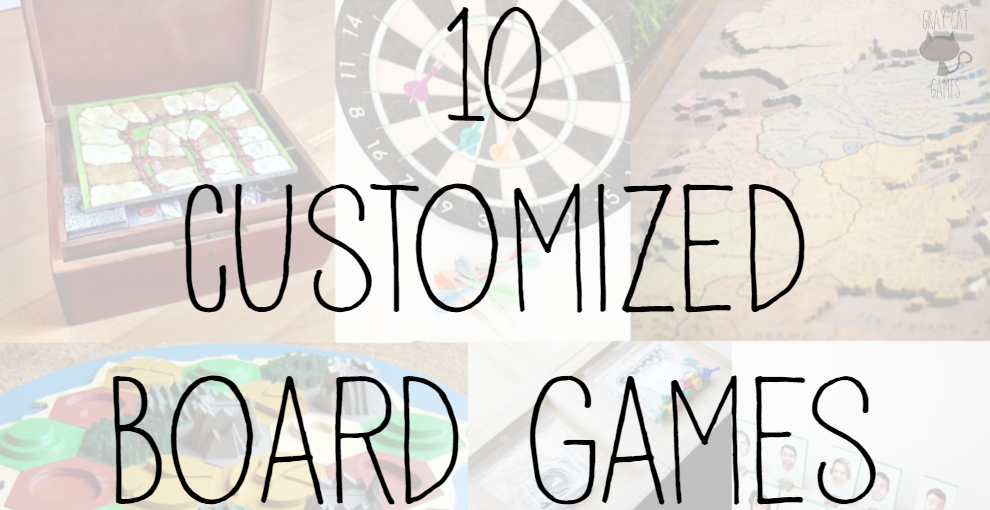 Hive and Exploding Kittens (sorry Gray Cat!) are two we enjoy that fit your criteria, I think. Of the ones you listed, we only played Love Letter! I plan to look for the others at the game store!

Ha! We seem to be in the minority when it comes to Exploding Kittens. 😀

Five Minute Dungeon is always fun. This a perfect ice breaker if you’re not playing with your regular crowd. It’s easy to learn, fast to play and the cards are hilarious.

Ohhh, we’ll add that to our list of games to check out. Ice breakers are a must for our group!